Chellappah’s prize choice was of course the Irish graduate Willoughby Small who adorned the school as Principal from 1910 till 1922.  He was a scholar and a good administrator.  He could stand his own with the European Principals coming from Cambridge and Oxford in the Missionary schools of that time.  But being principal of the leading Hindu Institution be coalesced with the principals of the other leading Hindu Colleges in organizing common activities.  There is evidence that he along with the Principals of Jaffna Hindu College and Manipay Hindu College introduced common examination for their three colleges.

But what brought him fame was his Certificate which enabled his students to get jobs in Malaysia and Singapore.  He was a Nature lover and this made him move about in the Village and mix with the people.  All this won him the love and admiration of the community.  They showed their gratitude by celebrating his Birthday on a grand scale year after year in which the whole village participated  In fact the way his Birthday was celebrated has gone into legend.  He was placed in a decorated carriage drawn by two horses and was taken from Siththankerny junction to the College at Chulipuram.  It was “Pooranakumbams” all the way and a treat awaited the students at the school where delicious eats were found in heaps.

He would not return home to Ireland and stayed at Chulipuram till his death.

After a short interval of two years when Narayan Menon who was later Vice-Chancellor of the University of Benares was Principal – SAIVA PERYAR SIVAPATHASUNTHARANAR took up the reins.  Again it was a period of glory.  Saiva Periyar was a Philosopher, Educationist and Social Reformer and an author of books.  He saw to it that his influence as an Educationist was felt in all the three Schools he served as Principal but he excelled at Victoria.

He could teach any subject on the curriculum and often taught all the five subjects for the London matriculation examination.  He produced very good results.  As a psychologist he motivated weak students.  Hence many of the weak students of other schools were sent by their parents to Victoria.  This was told to us by no other person than N.Sabaratnam when in 1985 he was invited as chief guest for Victoria’s prize giving.  It seems Sabaratnam and Loganathan failed their junior exam several times in their previous schools and finally they were sent to Victoria to study under Saiva Periyar.  Here not only they passed their exam but became great men in later life.  One ending as Principal of Jaffna Hindu and the other general manager of Bank of  Ceylon and later holding a high appointment in the World Bank.

Saiva Periyar’s students created a “Shishya Paramparai”, worshipped him and kept on coming for his Gurupoojah year after year to their Alma Master.

After Saiva Periyar his cousin Dr Sivapiragasam, the first Ph.D. in Psychologhy in the Country was Principal for two years.  Others who followed him were Muthucumaru, Navaratnarajah and Sivarajah.

In 1943, when Chellappah died the Management devolved on Thambyah and Thirunavukkarasu.  The government took over the school on 1-8-1946 with 13 teachers and 371 students.  Other Assisted Schools were taken over only in 1961.  In 1938  P.G.Thambiappah assumed work as Principal.  He was a popular Principal and worked for the betterment of the School.  During his period the University Entrance and H.S.C. Class was formed.  Amirthalingam had the distinction of being the first student (Arts) to enter the University from Victoria in 1945.  Amirthalingam brought fame to his Alma mater later as M.P. Leader of the opposition and as political leader.

In 1947 Thambiappah resigned to contest the Kopay, seat in the Parliamentary elections. 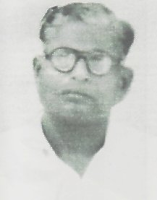 There was again progress under S.Subramaniam of Suthumalai who was Principal from 1.08.1949 till 31.12.1960.  During his period in 1951 the new Building(M.M.V> type) housing the classrooms and all four Laboratories  was put up, Mr K Kanagaratnam then M.P. for Vaddukoddai and Deputy Minister of Education was instrumental in getting the Building for Victoria.  In 1955 the Guruge Block was built.  The playground was extended, and part of the boundary walls were built.  Rajasundram a Teacher during this period put Victoria in the limelight in sports and Victoria scored many victories in soccer matches.  Subramaniam and those who followed him were Principals of other Central Schools before coming here and were known for their services there.

A.T.Sabaratnam was Principal from 1.6.1961 till 31.12.1962.  From 1.01.1963 till 17.10.1968 V.Thambu worked as Principal.  It was due to his efforts L.Balachandran entered the Engineering faculty of the University.  He was the second student to enter the University from Victoria.  It was again Thambu’s time the H.S.C. union was formed.  The Home Science Laboratory was also built then.  But Thambu is more remembered for installing the Sivahamasundari Samortha Nadarajah statue in the main hall.  After Thambu V.K.hiagarajappillai was Principal for some tine.  From 15.11.1968 till 3.01.1972 Sivasubramaniam of Alaveddy was Principal.  Before comind here he earned for himself a good name as a architect of Alaveddy Arunodhaya.  He was succeeded by N.S.Sivagnanam, who had a reputation as a good teacher.  He was there from 4.01.1972 till 30.6.1974.

Mr V.Rajasundram, a distinguished old Boy and Teacher at the School for a long time assumed duties as Principal on 1.07.1974.  He was fortunate that the centenary year 1976 fell during his period.  With his intimate connection with the school, his wide knowledge of men and matter and his political influence he made a success of the centenary celebration.  He organised and Exhibition and Carnival, which went for a  month and attracted big crowds.  There was side attraction like soccer matches against a team from Germany  and Bullock cart races.  Mr Rajasundram retired on 15.05.1977.  Mr Rajasundram was assisted as Vice Principal by A.M.Spencer who hailed from Harley College and had a record as a good Teacher even there.

Mr Spencer and Sangarapilai covered the period of one year from the retirement of Mr V.Rajasundram and assumption of duties of Mr Arunasalam on 17.05.1978.

Mr K.Arunasalam took over the school on 17.05.1978 and was there till 30.09.1987.  He was Principal of Vaddukoddai Hindu before coming here.  He was invited to take over the post to put up the Administration Building and on the understanding that he would be allowed to go back when the Building was completed.  But he stuck on and that too for nine years as he received the cooperation from all quarters.

His period was a period of achievements.  Beside putting up the Building and extending the Boundary wall on the Southern side he solved all the problems that the school was confronted with.  The S.D.S’s financial and Accounting problems were settled and this enabled the purchasing of two LMS of land on the Northern side.

He is acclaimed for the raising of standards and the production of results.  Inspite of very good Teachers being there and full classes, the school had failed to produce results hitherto at the A.L. level.  Only two students had entered the University till then.  But now students started entering in numbers.  Within two years of his coming there was an admission to the Science faculty and in 1981 four students gained admission.  Of the two – Bavani and Ramanan entered the Medical faculty for the first time in the history of  the school and Bavani entered the Colombo faculty scoring a high aggregate.  One entered Engineering at the Kotelawala academy and one science.  In 1982, it was a record, 11 entered the University and that too for almost all faculties including two for Medicine one for Colombo and one for Jaffna.  Afterwards results were produced as a matter of course.  Inspite of problems in the country in the village and the transferring out of good teachers, every year there were admissions to the University.  In all about 30 students entered the University during this period.

There was progress in all spheres of activities including sports.  In soccer although the school had done well earlier it had never in its history of good fortune becoming District champions.  In 1981, for the first time the under 15 team became champions having won 18 matches.  The under 17 were Runners up.  In 1982 the under 13 won the much coveted Championship Cup having played the final match with Nelliady MMV at a common grounds – Union College Grounds – in the prescence of two senior Directors of Education who came all the way from Colombo, the Director of Education, Jaffna and all the sports officials from Colombo and Jaffna.  There was no competition in 1985 but the trend continued till 1987 when every year at least one group did well.

In athletics too Victoria got places at District meets and was leading all other schools in the circuit meets.  In scouting a field day with all schools in Jaffna District participating was held at the school and for the first time there was a President’s scout in 1982.

Regular Prize givings were held after a very long time and for the first time founder memorial Addresses were instituted.  There were other functions like the centenary of Saiva Periyar in 1978, sports meets every year and Annual A.L. Union Dinners.

Non formal Techinical Education courses in Stenography, Lathe and Leather work were also introduced.  When Arunasalam retired he was second in rank only to the then Director of Education in the Educational hierarchy as pointed out by Mr Munshoor in his Prize day speech 1987 and the highest in the Educational cadre amongst Tamil Principals in the Island.  After Arunasalam, .V.M.Vijayaratnam acted for sometime and then K.K.Nadarajah took over as Principal and was there till 4.07.1989.  He too was an experienced Principal and attended to the repairs of the school including the white washing of the outer walls.  The school continued to get results.  When he retired, Selvaratnam acted for a month and was followed by Mr S.Pathmanathan.  S.Pathmanathan has served as Teacher for a long time and knew the traditions of the school.  Hence he was able to maintain standards although times were difficult then.

He was succeeded by K.Chandrapalan.  To him, goes the credit of having held the fort during very difficult times.  Students continued to enter the University.

During the period of the exodus the school functioned on a part time basis at Hartly College, Pt. Pedro.  From 13.05.1996 the school started functioning in its own premises at Chulipuram again.

He was able to restore hundred percent normalcy with the help of old student’s Associations at Chulipuram and at Colombo, London, Canada and France. 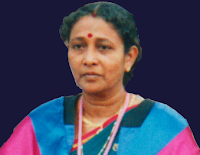 Mrs A Velupillai the present Principal is continuing the good work of her predecessors.  She is an experienced teacher and an able administrator.  Inspite of difficult times the School is able to keep aloft its name.  All who come to Jaffna have a good word for her.

I am personally happy that the trend I started in 1981 – after a big gap – of sending students to the University is being continued by her too.

She is lucky to be Principal of Victoria during its 125th year celebrations.  To make this celebration grand she has enlisted the support of all branch Associations in Chulipuram, Colombo, UK, France, Canada and Australia.